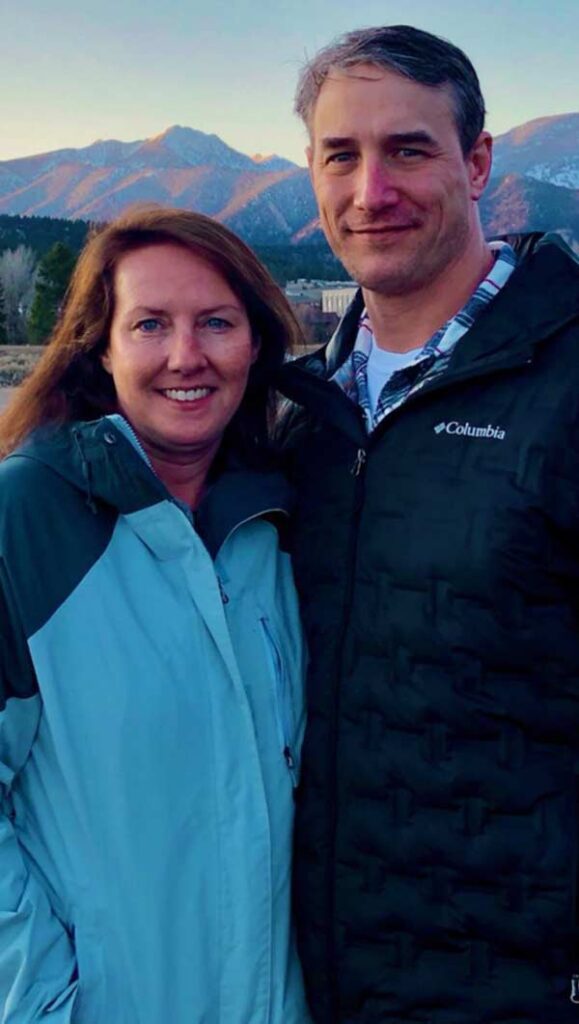 As an E-9 Pararescueman in the U.S. Air Force, Brendan DeLigio of Pinehurst, North Carolina is a true frequent flyer. But while his 23-year Special Operations career requires regular travel, Brendan and his wife of 22 years, Wendy, rarely have the chance to travel together.

Until this April, neither one had ever visited Big Sky, Montana, the site of their Spring 2021 OHF retreat.

Carving out time for a relationship retreat was challenging for the busy parents of two. Last year was especially hectic: During the summer of 2020, Brendan was selected to return to Pope Army Airfield as the Senior Enlisted Leader of his previous special mission unit. “It was an honor and my dream job,” Brendan says.

Brendan currently serves as the Chief for a Special Tactics Squadron, his last assignment before retirement. Although he loves his work, taking a break during his final year of military service after over two decades of Special Operations deployments offered a refreshing change of pace. “My schedule is crazy, and this was an incredible chance for me to get away and hang out with my wife and do something for us,” Brendan says.

The retreat involved plenty of time under Montana’s famously blue skies. Most notable, however, was what the agenda did not include. “There’s no ‘mandatory fun,’ counseling, or activities,” says Brendan. “You do what you need to as a couple to be together.”

Brendan and Wendy learned about OHF through the USSOCOM Care Coalition, and plan to spread the word to other SOF couples, both active duty and retired.